There were two main FUD topics since January: DRS and Options. Guess what? Both of them SCREW the SHFs and Citadel. It's time to stop the FUD around options. They can push MOASS and give retail MORE cash for MORE shares this upcoming cycle due to leverage.

I'm not a financial advisor and I do not provide financial advise. I am snake. And, I am retard who is wrong all them time so why are you even reading this? 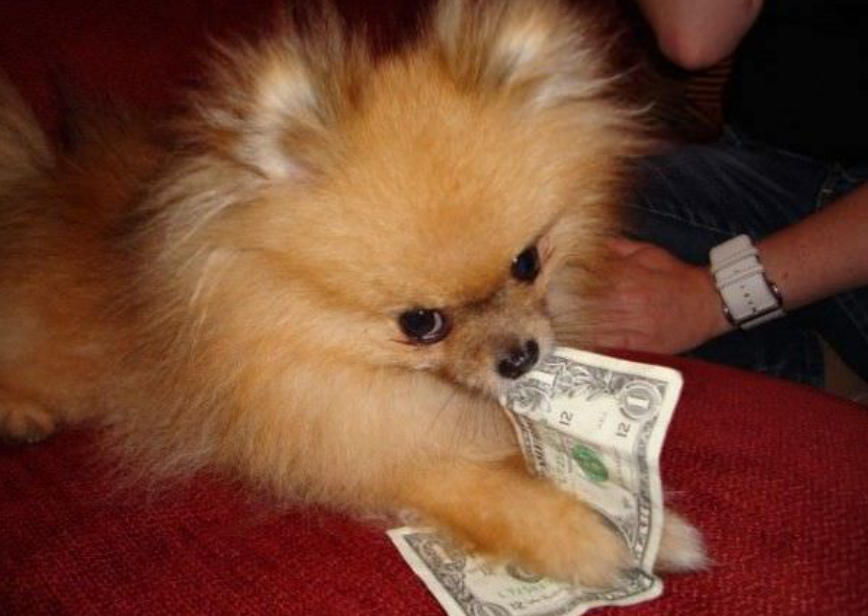 Every person I talked to who actually understands options knows that it is (pretty much) the only way to induce volatility in stocks, and they all agree that it can be additional pressure on the SHFs + MMs. Why is it spooky to them? A little friend called leverage.

Ask yourself this: What two main topics have been suppressed ever since January? Direct registration and options. Both with pretty weak ass counter-arguments. It took apes until September to break through and see the DRS way. Now it's about time to break through and see the options way. For some of us at least. Options are not for everyone. But, there's some intro posts for you if you're still curious such as u/DigitInoize's introduction post.

Why? Because DRS and options are both ways to fuck over Wall Street.

Think about it. What is the typical message that gets echoed back when anyone talks options? They say, "you're just funding Kenny and his friends!". There's nothing else. No discussion on the actual effects that options have on the market, and no discussion and delta hedging. Give that narrative enough time to push around Reddit, and everyone starts echoing it back and forth that options are pure taboo.

The topic of DRS was taboo for almost 8 months and now the front page is filled with DRS posts. That shit obviously effects the shorters supply of available shares to borrow, which is awesome. Guh for them. The most oppressed topics are the ones that should have more attention: DRS and options. Don't just brush them off because other people tell you "it's bad".

What's funny though is that every week we used to have posts saying, "Hell yeah! That's 10,000 options ITM that will have to be settled T+2!", and we still have those posts/comments occasionally. It's curious how options are seen as the devil yet it is celebrated so heavily that options go ITM, right?

The thing is, we know that broker-dealers are probably internalizing orders when we purchase shares through brokers. Or in other words of "internalization" they are performing a Contract For Difference (CFD). In which through this "internalization" is when the broker-dealer doesn't actually buy your shares but effectively goes net short to sell a share to you. They hope that you eventually sell at a lower price and they pocket the difference. Easy-peasy money for them. The SEC report even showed that Citadel internalized $2.2 billion of GME on January 29th ALONE.

So, we can pretty much assume that almost all retail buys, unless IEX routed or something similar, have no effect on the price.

That all being said... what DOES have effect on the price of GME?

DRS does, of course. Either that or direct purchasing through ComputerShare. Both of these methods actually buy shares on the lit market because DRS either forces them to buy the shares that were internalized, or direct purchasing avoids internalization all together. The problem is that those methods are both bundled in market order "chunks" by ComputerShare and not instantaneous. It takes a few days for the orders to go through.

On top of this, these purchases don't have leverage. Where leverage is an insane opportunity at retail's fingertips to induce buy (or sell) pressure in the market.

What else has an effect on the price? ITM and ATM options. Since these are contracts, the option writer MUST hedge against those CALL options that are purchased because it is a contract between between the option writer and the option buyer to transfer the shares when exercised. The benefit here versus buying shares? Leverage!

When you buy to open an ITM/ATM call and you purchased it from Kenny, that little fuck has to hedge against the CALL option by buying 100x shares per contract. The best part? Due to leverage, the bastard has to hedge 100x shares for way less than what it would cost to buy the 100x shares outright.

So, while they could internalize some options, there's no way that they can internalize a swarm of options. Take the November 19th $200 CALL for example. That contract is currently ITM and means that the buyer can exercise to purchase 100 shares at a price of $200. The current premium cost is $1,193. Meanwhile it would cost $20,914 to purchase 100 shares outright at current market close price.

That is a factor of 17.5x more shares in "leverage" than to buy the shares outright for the same price.

This is the power of leverage. And if you're still confused, ya boi u/gherkinit discusses this more in his posts and channel. He describes how "retail is the biggest hedge fund in the world" by the power of leverage through options. Go watch daddy pickle if you haven't as he is way more eloquent with explaining these things than I am.

Now imagine what would happen if these fucks get caught red handed with a swarm of options that they have to hedge against during the next expected quarterly rollover around November 23rd per u/Leenixus. If apes bought a shitload of ITM/ATM CALL options to force them to hedge with nearly 17.5x the amount of shares outright, what would happen? Chaos? Probably. Especially due to their bullshit around Variance Swaps and how Citadel is trying to profiteer off of retail while this drags on by pinning volatility.

After reading u/zinko83's and u/MauerAstronaut's DD's regarding Variance Swaps, it has convinced me that the Variance Swaps are most likely what they are using in this game. Read the DD I linked in the previous sentence. Seriously. It feels like it is the closest to cracking the truth behind what is going on with the strange options plays in the market, and it makes sense as to why they would be pushing the "don't buy options" narrative. It makes sense as to why Shitadel would have taken on Melvin's bags, because they got cocky thinking they could profit off of Variance Swaps until retail got bored.

When you read u/zinko83's post and u/MauerAstronaut's supporting DD, God damn, the data lines up perfectly with the textbook description of how to hedge Variance Swaps with Deep OTM PUTs + CALLs. Their bullshit Variance Swap play is screwed when retail catches on and starts to force them to delta hedge and fuck up their hedge with ITM/ATM CALL options.

But this DOES NOT mean go off and buy whatever the hell option you want or to buy them at all. I'm just saying that we need to discuss this more and get good information spread on how to use options.

For the love of God please do not buy OTM CALL options. Those have basically 0 delta and therefore don't force Kenny to delta hedge. ITM/ATM CALLs are the sweet spot:

Go check out u/Digitlnoize**'s** post to start. It has upsettingly been buried today as an intro to options and how to use them. Probably because those fucks are suppressing the information again.

I look forward to some Youtubers (cough) going ballistic about this post and exposing their shilly self once again.

This during the Men's Bowling World Championship Finals

The 10 minutes before throwing up is worse than actually throwing up.

Currently dealing with some food poisoning. Such a fun time.

Honestly, if ads were like this, I'd never skip it.

He's a little confused, but he got the spirit! ❤️

PSA: Time to rethink your 2042 pre-order while refunds are still possible

If you haven't been paying attention 2042 has been getting hammered. I'll link the subreddit (https://www.reddit.com/r/battlefield2042/) so you can do your own research.

Highlights of the latest trainwreck include: