May be a little sloppy here because I'm still a bit dizzy.

So I live in a split house. We have thin walls. About 6 months ago a new neighbor moved in. I heard loud noises a few times then the first time it progressed to screams, I went over to check on her. Her ex-boyfriend was there, she was crying and asking me to make him leave. I told him to go, he did. No incident.

It happened again, and again. Then I heard her say "stop hitting me" so I took my glasses off, put on my flip flops (Friday Night Lights really made me want to knock someone out wearing a pair of flip flops.. don't judge me) and went next door. I skipped knocking, came in and she was curled on the floor crying. I asked where he was, she pointed at the back and I saw him through the window sprinting towards his bike. He used his little legs to pump that sucker as fast as he could.

Each time, I called the police. Each time they confirmed he had a warrant out already, each time they did absolutely nothing.

It happened again last week, he kicked in her door and raped her. I was sleeping and didn't wake up until towards the end at which point I grabbed pants and a tshirt, skipped putting on shoes and sprinted next door. He was running again. I told him if he came back I'd find him. I asked neighbor his address, gave it to the cops.

Today, I went grocery shopping and was walking home from the store when I feel a crack on the side of my face. Sucker punched by the neighbor's crazy ex. He has fist fillers.

And friends. They found me.

I grew up boxing so I'd like to say I did well but I maybe landed 3 punches during the several man beat down and they apparently did little to deter the further ass beating.

I just got back from the hospital maybe an hour ago. My face looks mega fucked up but I still have my teeth and no permanent damage. CT scan was clear even.

Police are still not doing anything so I'm going to hit him up on his porch with a friend and we're going to break his legs. I'm actually not concerned at all about being pinched by police for it because at this point their incompetence is endangering my life and the life of my neighbor. A few months in jail is better than being put into a coma.

Edit: girlfriend has talked me down from my adrenaline fueled rampage. The new plan is to accelerate my plans to move in with her out west and carry a knife when I need to make trips to the store in the mean time for self defense purposes. Neighbor is currently staying with her dad and looking for a place nobody knows about with the help of a government assistance for abused women program.

Edit: wow, this blew up. Just wanted to thank all the people giving me support or calling me a hero. I'm usually a pretty down on myself type dude so it really did give me a nice mood boost. Especially since I can't sleep because my godamn cheek bones and forehead are just a throbbing. I'm definitely not a hero though, if you're sleeping through someone being beaten and you can do something about it, there is something wrong with you.

Had to mute this so I can try and nap. Never had my phone go quite so nuts over reddit. Thanks so much again to all the folks who sent love. It was a real crap night. Will update over the next few weeks, maybe this will be the thing that prompts some police work.

Kellogg said on Tuesday a majority of its U.S. cereal plant workers have voted against a new five-year contract, forcing it to hire permanent replacements as employees extend a strike that started more than two months ago.

Temporary replacements have already been working at the company’s cereal plants in Michigan, Nebraska, Pennsylvania and Tennessee where 1,400 union members went on strike on Oct. 5 as their contracts expired and talks over payment and benefits stalled.

“Interest in the (permanent replacement) roles has been strong at all four plants, as expected. We expect some of the new hires to start with the company very soon,” Kellogg spokesperson Kris Bahner said.

Kellogg also said there was no further bargaining scheduled and it had no plans to meet with the union.

The company said “unrealistic expectations” created by the union meant none of its six offers, including the latest one that was put to vote, which proposed wage increases and allowed all transitional employees with four or more years of service to move to legacy positions, came to fruition.

“They have made a ‘clear path’ - but while it is clear - it is too long and not fair to many,” union member Jeffrey Jens said.

Union members have said the proposed two-tier system, in which transitional employees get lesser pay and benefits compared to longer-tenured workers, would take power away from the union by removing the cap on the number of lower-tier employees.

Several politicians including Bernie Sanders and Elizabeth Warren have backed the union, while many customers have said they are boycotting Kellogg’s products.

Kellogg is among several U.S. firms, including Deere, that have faced worker strikes in recent months as the labor market tightens.

New: - Can only teleport to turrets, after 14 minutes it will be back to normal. 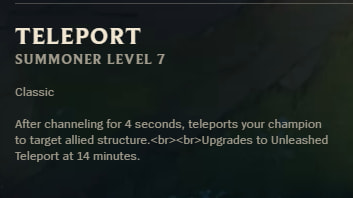 Not mine, found on twitter. Daughter received this rule list on her first day of work (place mostly employs 16 year-olds)

They suit each other so well ☃️🎅🏽🎄

Do it. I wanna judge you.

Hi Redditors! I'm giving away 125+ Nano (~$500) AND sending some Nano to EVERY commenter. No strings attached!

You MUST post your 'nano_' address below, or we can't send any.

As the title says, I'm giving away Nano in this thread!

Get yourself a wallet if you don't have one:

Natrium (iOS | Android) or www.nault.cc (desktop) are recommended; it takes roughly one minute to set up. It's all free.

I'll send a few Rai's (small amount of Nano) to anyone who comments their Nano address, so if you want to try out Nano you can do so with no strings attached.

After 24 hours I'll ALSO send the big prize to a random Redditor who has commented their address, picked (randomly) from this thread. There's currently 125 Nano in there, for a ~$500 pot. For every 100 upvotes this post gets, I'll add in 1 more Nano.

Nano is a digital currency/cryptocurrency that offers secure, feeless, instant, and eco-friendly transactions on a secure and decentralized network. Here is an article on the basics of Nano and on Nano's role in the long-term future of crypto. Because it's a global, feeless currency, I can send everyone some, and it will be in your wallet instantly (<1 second).

If you have any questions I'd suggest coming over to r/nanocurrency, since this post will likely get too many replies for me to see your question. Now post your Nano address and get free Nano!

I want to thank you!♡

What bands do most people consider one hit wonders, but actually have a bunch of killer tunes?

Inspired by a post in this sub about "signature songs". To me, the difference between a OHW and a band with a song that is "theirs", is a library of bangers to back that song up.

Prime example for me: Rusted Root. Everybody knows "Send Me On My Way" but have people heard "Exctasy"?

What are bands/artists I might know one song by, but am missing out on a whole lot of? Where should I start?