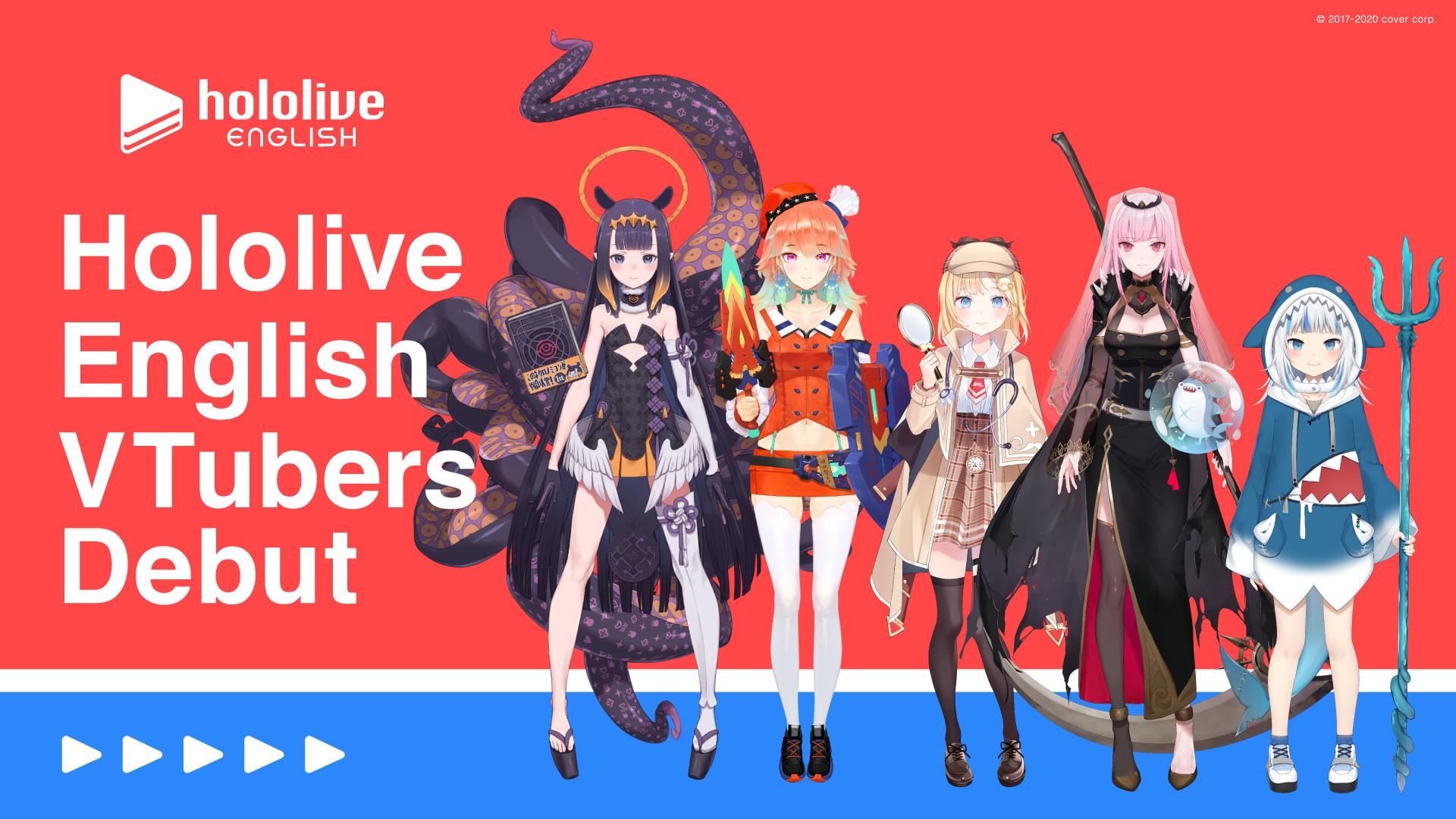 A promotional video has also been uploaded to the official hololive English YouTube channel to accompany this announcement. The PV tells the legendary lore surrounding the new talents, so please watch and share your thoughts and speculations about these mysterious characters while waiting for their debut streams with anticipation!

Hololive wishes to further expand its reach to the English-speaking fans all around the world through hololive English.

The Grim Reaper's first apprentice. Because the world's medical system advanced so dramatically, she became a VTuber to collect souls. It seems that the lost souls vaporized by the wholesome relationships of VTubers flow through her as well. In the end, she's a gentle-hearted girl whose sweet voice contradicts the morbid things she tends to say, as well as her hardcore vocals.

An idol whose dream is to become a fast food shop owner. She is a phoenix, NOT a chicken or turkey. (Very important)

She works extremely hard since she will be reborn from ashes anyway.

One day, she picked up a strange book and then started to gain the power of controlling tentacles. To her, tentacles are just a part in her ordinary life; it has never been a big deal for her. However, her girly mind does want to get them dressed up and stay pretty.

After gaining power, she started hearing Ancient Whispers and Revelations. Hence, she began her VTuber activities to deliver random sanity checks on humanity, as an ordinary girl.

A descendant of the Lost City of Atlantis, who swam to Earth while saying, "It's so boring down there LOLOLOL!" She bought her clothes (and her shark hat) in the human world and she really loves them. In her spare time, she enjoys talking to marine life.

"She heard strange rumors surrounding Hololive online: talking foxes, magical squirrels, superhuman dogs, and more. Soon after beginning her investigation on Hololive, and just out of interest, she decided to become an idol herself! She loves to pass her time training her reflexes with FPS games, and challenging herself with puzzle games.

After their debut streams, the five members will participate in their first collaboration stream, so please do check it out!

Hololive Production is a streamer agency under COVER Corporation which encompasses the VTuber groups hololive and holostars, along with the Inonaka Music record label. The agency houses the next-generation virtual talents whose activities include live streaming on platforms such as YouTube and interacting with fans on Twitter. The talents perform using intricate 2D and 3D avatars provided by the company.

Hololive English is an all-girl VTuber group under COVER Corporation aimed at the English-speaking audience. Their activities include live streaming on platforms such as YouTube and interacting with fans on Twitter. The talents perform using intricate 2D and 3D avatars provided by the company.

COVER Corporation is a tech startup which blends together content creation with VR and AR technologies to carry its vision of delivering the culture of virtual streaming to the world.

My backyard after the gender reveal party on Saturday

A crime against humanity

During our Mayor’s coronavirus press conference in Honolulu today someone from the crowd yelled “Fuck you!” and the ASL interpreter was happy to translate.