Looks like the recent RobinHood Class Action SI Report just proved /u/broccaaa's data. That the shorts haven't covered, that they hid SI% through Deep ITM CALLs, and SI% is a minimum of 226.42%.

Shout out to king u/broccaaa for their contributions. I always figured that your assumptions were correct that the SHFs were using these Deep ITM CALLs to hide SI%, but we never got some quick maths behind it to see if it was true. (Maybe we did though! Sorry if I did not see anyone's posts about this)

Well, this is for you u/broccaaa, and all the apes. 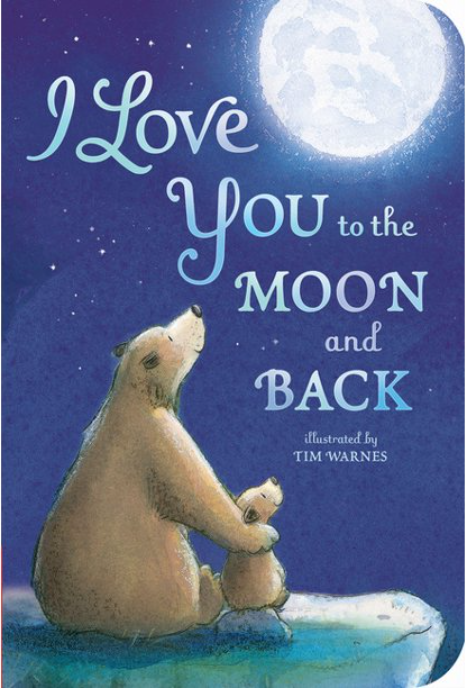 Way way back in time, since many of you probably feel like you've aged years over the course of 6 months, there was a blip of 226.42% SI in January. Many believed this was a glitch: 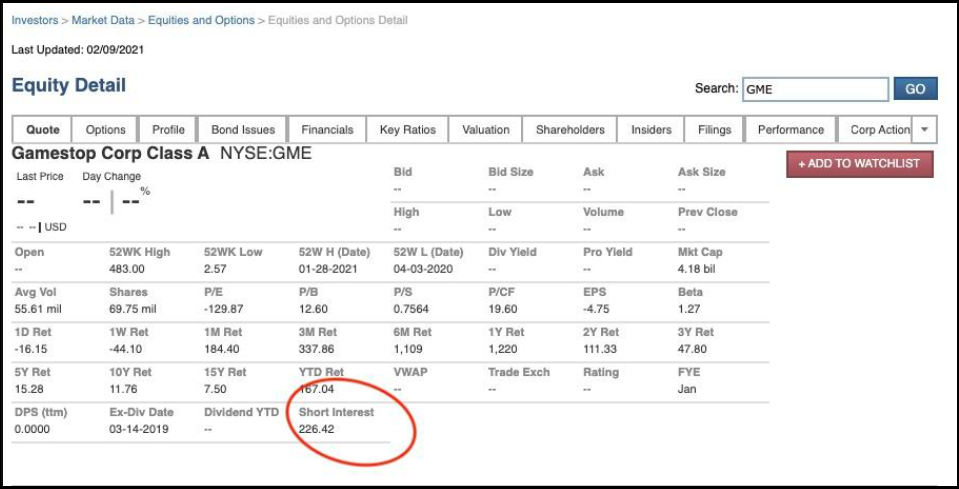 That's what many may have thought, that it was just a glitch, until recently a Class Action against RobinHood proved that was, indeed, the SI% upon January 15th, 2021: 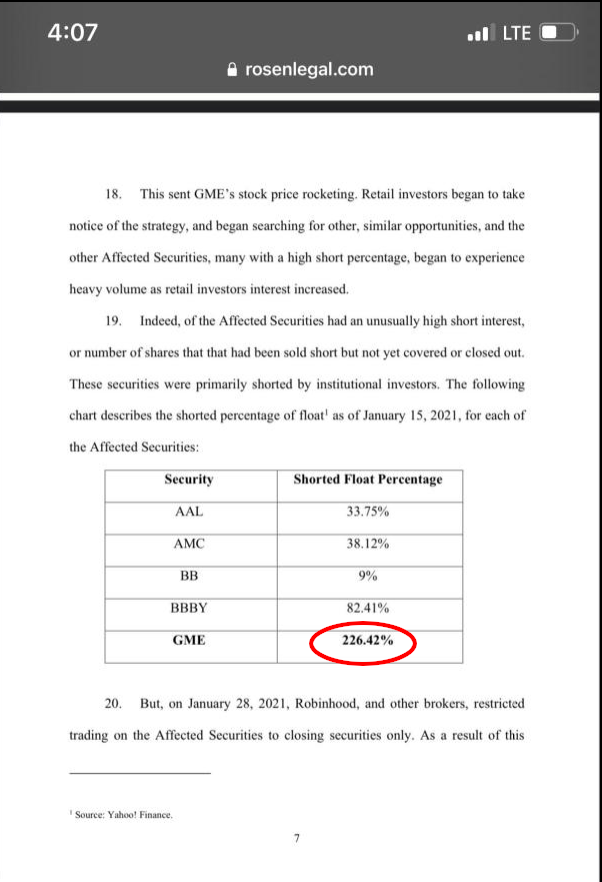 Put yourself in the SHF's shoes. You have a shitload of retail buy pressure going on. You're way overshorted. What do you do? Do you cover? Pfft. Nah. That's way too much. Impossible to cover. Absolutely screwed.

Lucky for you the SEC has identified malicious options practices which can be used for just such an occasion to make it appear that you've covered.

Here is the supporting text from the SEC itself if you want to verify for yourself. A report from 2013 titled "Strengthening Practices for Preventing and Detecting Illegal Options Trading Used to Reset Reg SHO Close-out Obligations":

So, they can utilize Deep ITM CALLs to hide their short positions.

We don't care about identifying Trader A and Trader B in this case. Just the fact that trades occurred on these Deep ITM CALL strikes and that OI is unaffected the day thereafter. That's enough to support the above theory that they're utilizing this practice to make it 'appear' that they've covered their short position.

Check out what u/broccaaa's data identified. Tons and tons of Deep ITM CALLs were traded in January prior to SI% dropping off of a cliff. By my estimations, about 1,100,000 CALL OI was traded prior to January 29th SI Report Date:

That's dangerously close to the reported 226.42% SI from January 15th.

So with that in mind - do you think they covered?

Wake yo ass up!